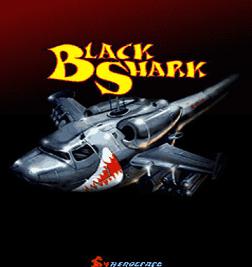 Who hadn't dreamt of becoming an astronaut or a pilot?.. What pilot doesn't dream about operating such a modern machine as battle hellicopter KA-50 "Black Shark"? The humanity is threatened with a new menace - terrorist organization "Children of Danawa", by the complicated row of intrigues, bribes and blackmails managed to run into possession of nuclear weapons. Ten perfectly protected military bases, ready to launch the nuclear strike, which shall become a deadly catastroph for every single human on the earth; hundreds of well-trained soldiers-zealots, tens of battle machine units. And - one hellicopter. Equipped with present-day weaponry, safe armour and brave heart of the pilot - officer of special forces. Shall he manage to deal with countless enemies? There is one of the most fast and dangerous heavy armored helicopters of contemporaneity under your control - K-50 "Black Shark". Your objective is to demolish the military bases of the enraged terrorist organization "Children of Danawa", which, by some incomprehensible means, have run into possession of nuclear weapons. The lifes of many people are in powerful arms and armoured cabin of your war machine. Be careful, but not indecisive.
Read more